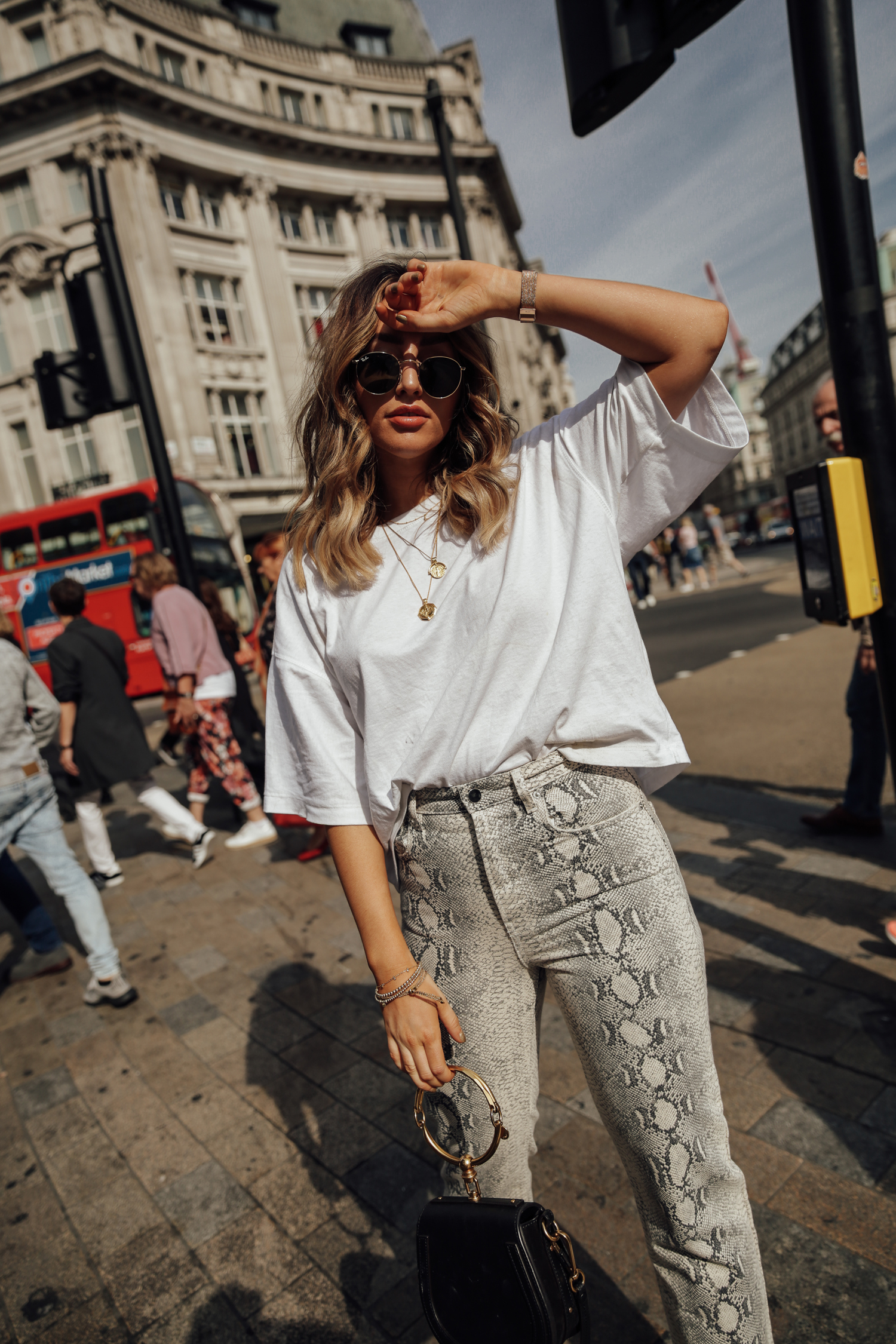 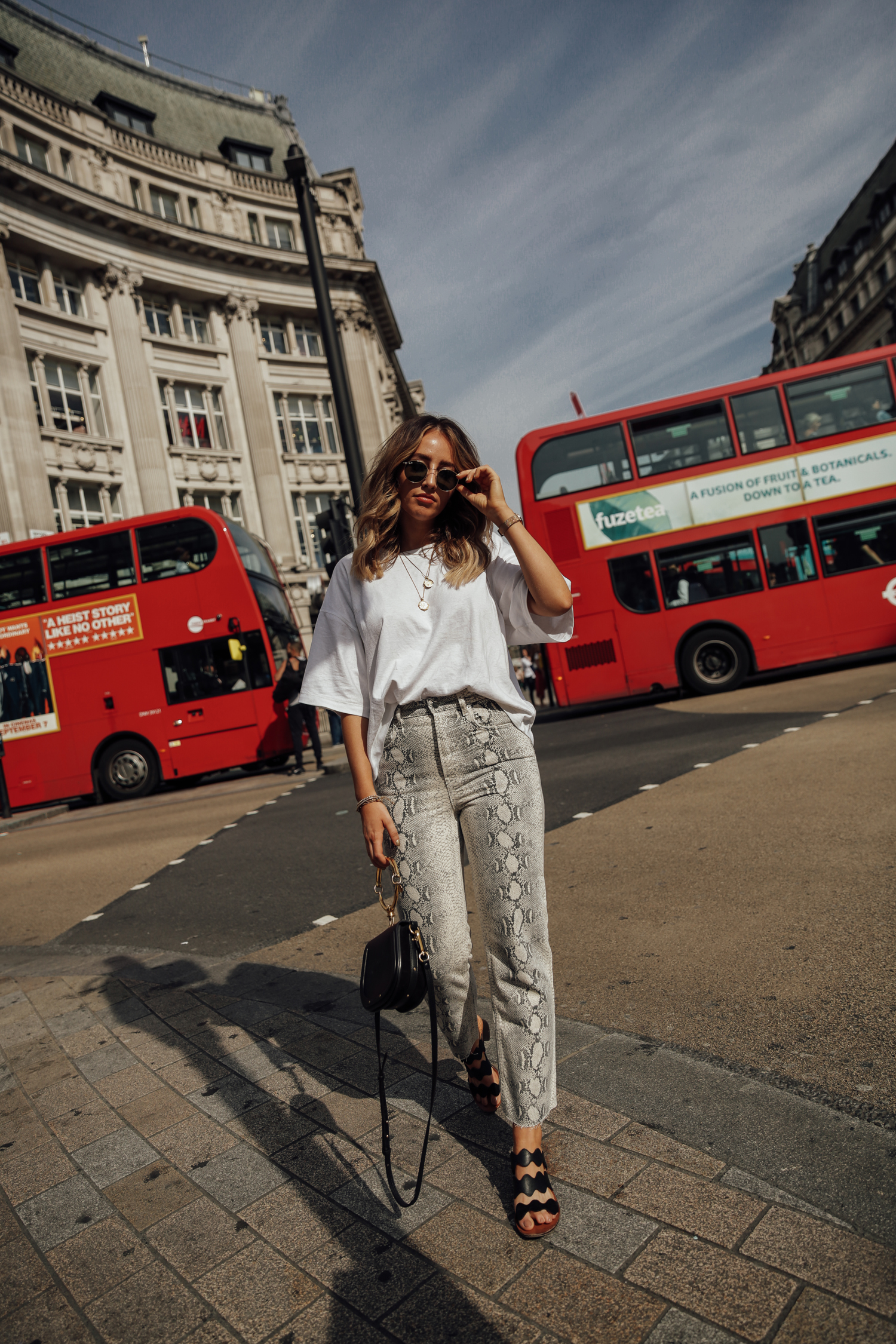 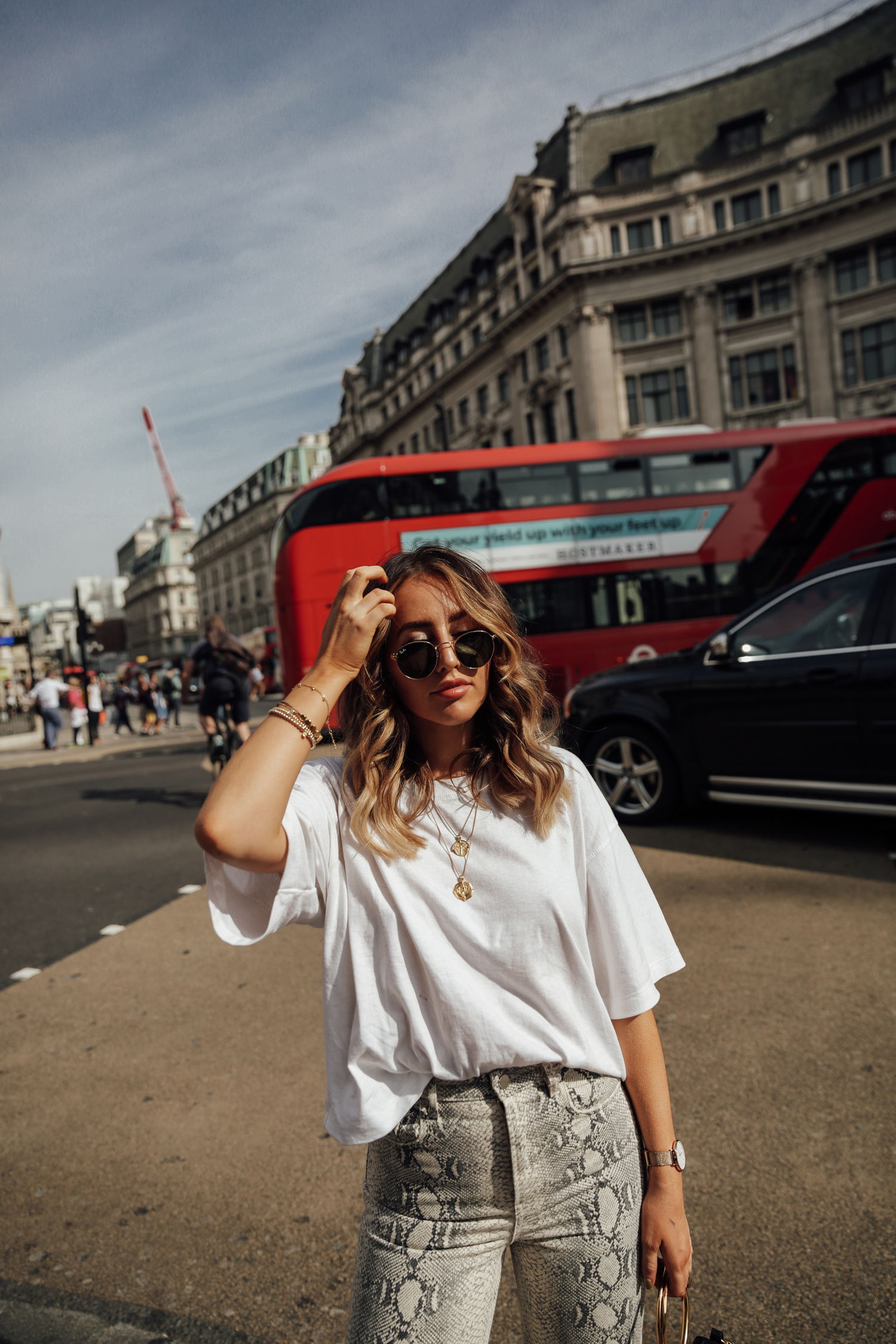 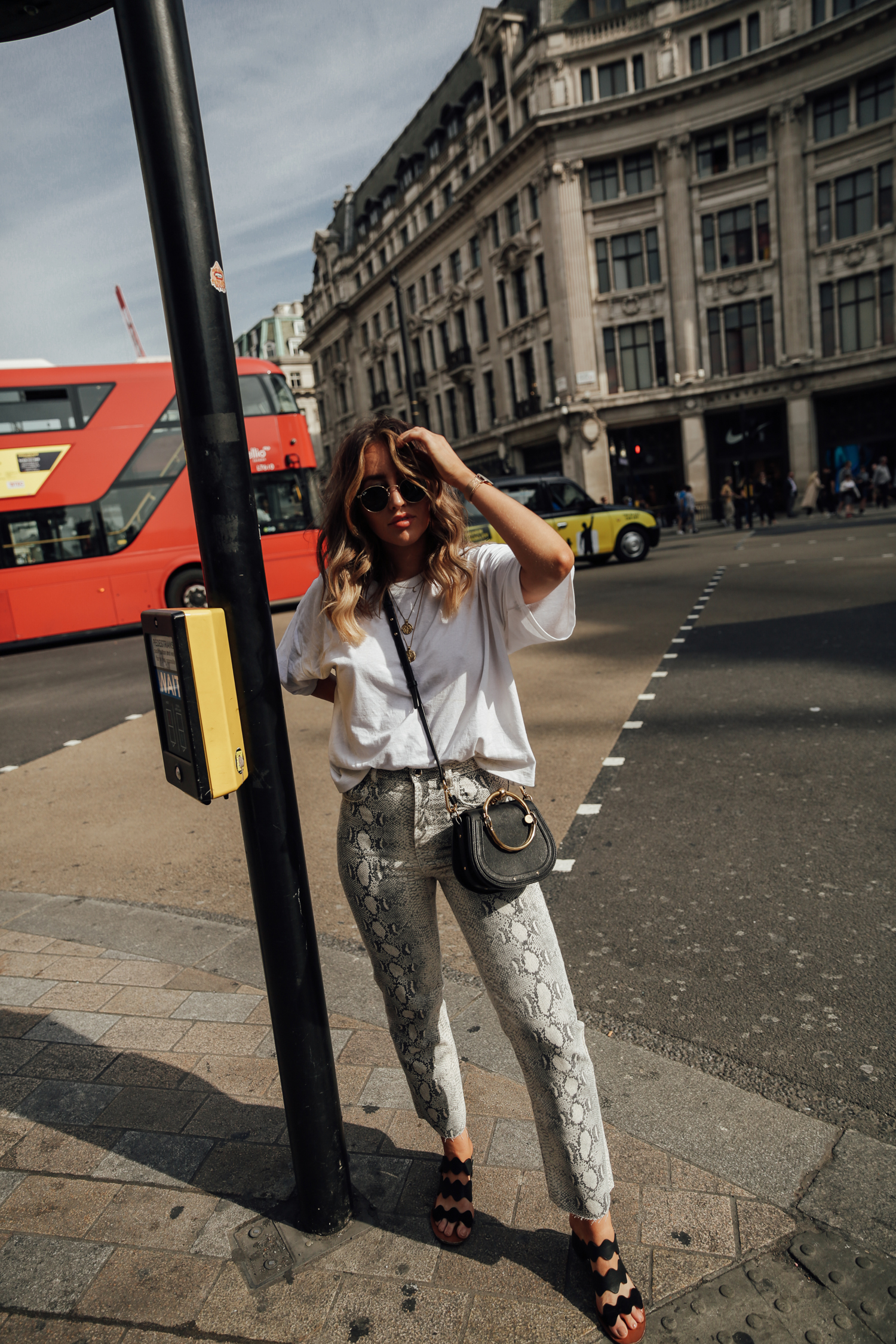 It’s Sunday which means one thing and one thing only: it’s my weekly roundup blog post! I know I’ve been letting these take the reigns over my main and meatier blog posts but I’m hoping to change things up in the future. You see, in the winter all I want to do is stay in so I usually find myself gravitating towards my laptop more. Whereas the summer I’m always looking for an excuse to put my phone and my laptop down and have my head in the clouds a bit more. But anyway, back to the main event. This week I’m talking about Instagram vs Reality and how I’m facing it. How someone in very high power really put me down, and why things came full circle (kinda…) and why you should use others doubts in you as fuel to your ambition. Only two topics this week, but grab your cuppa or commute coffee or whatever wherever you’re reading this… 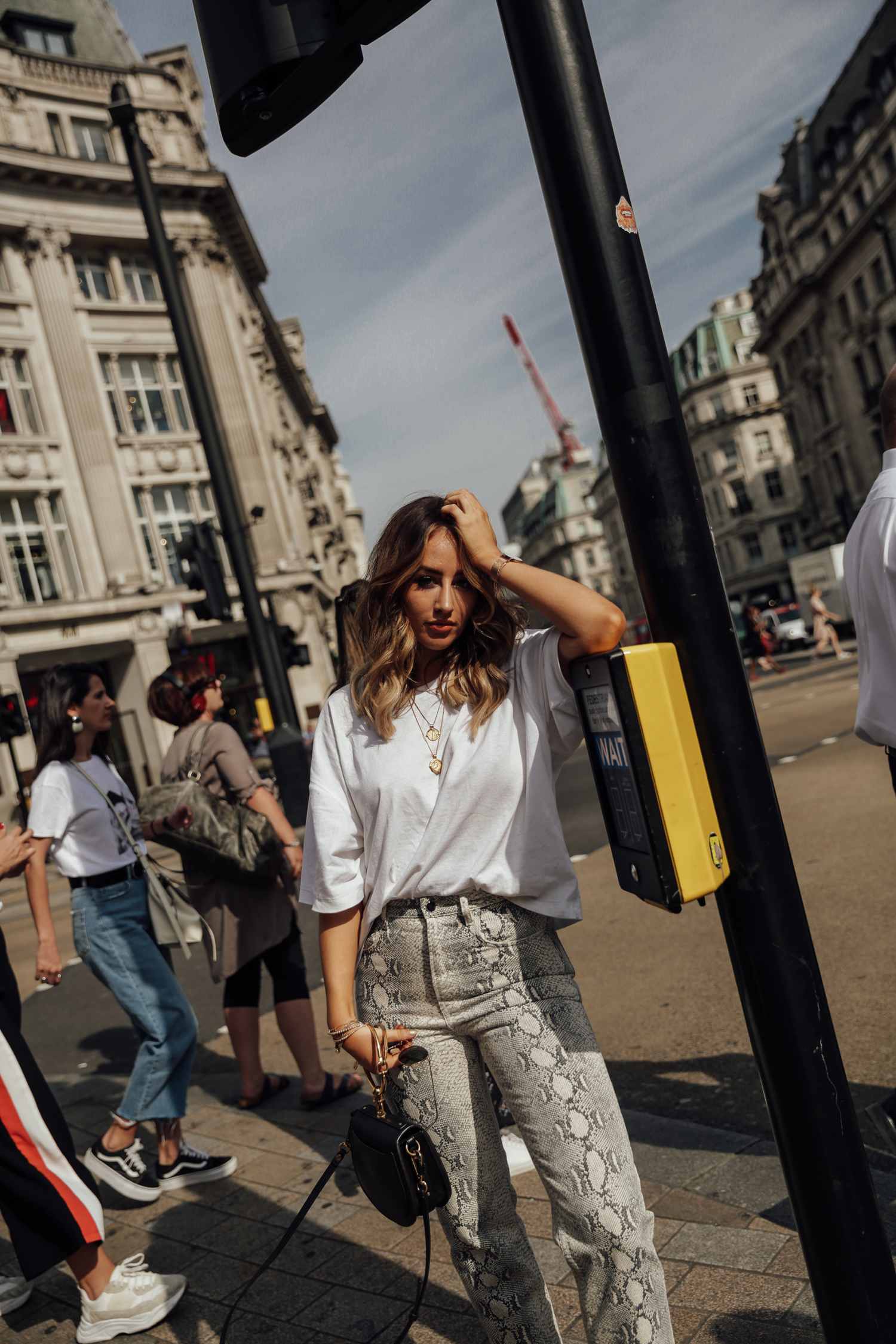 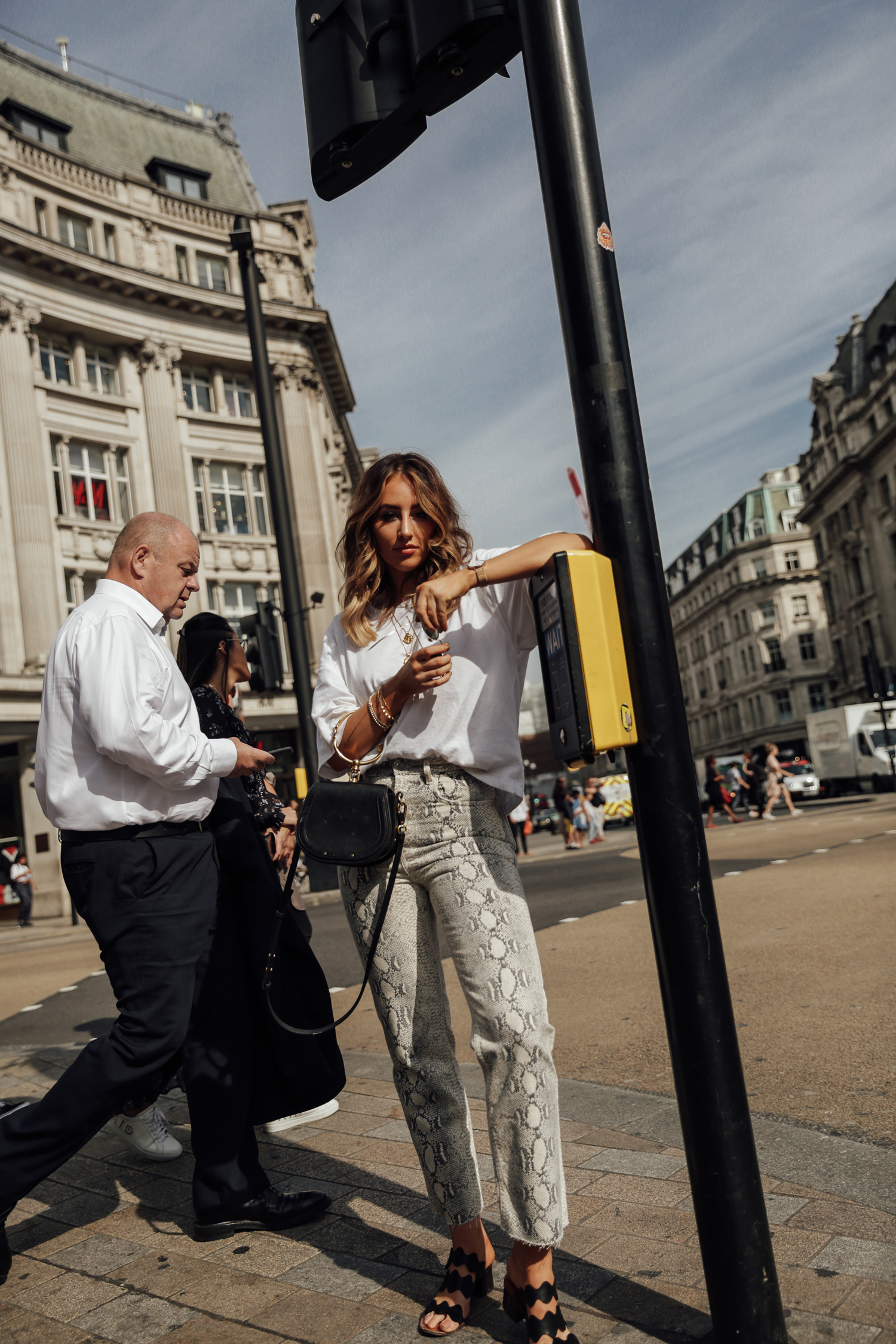 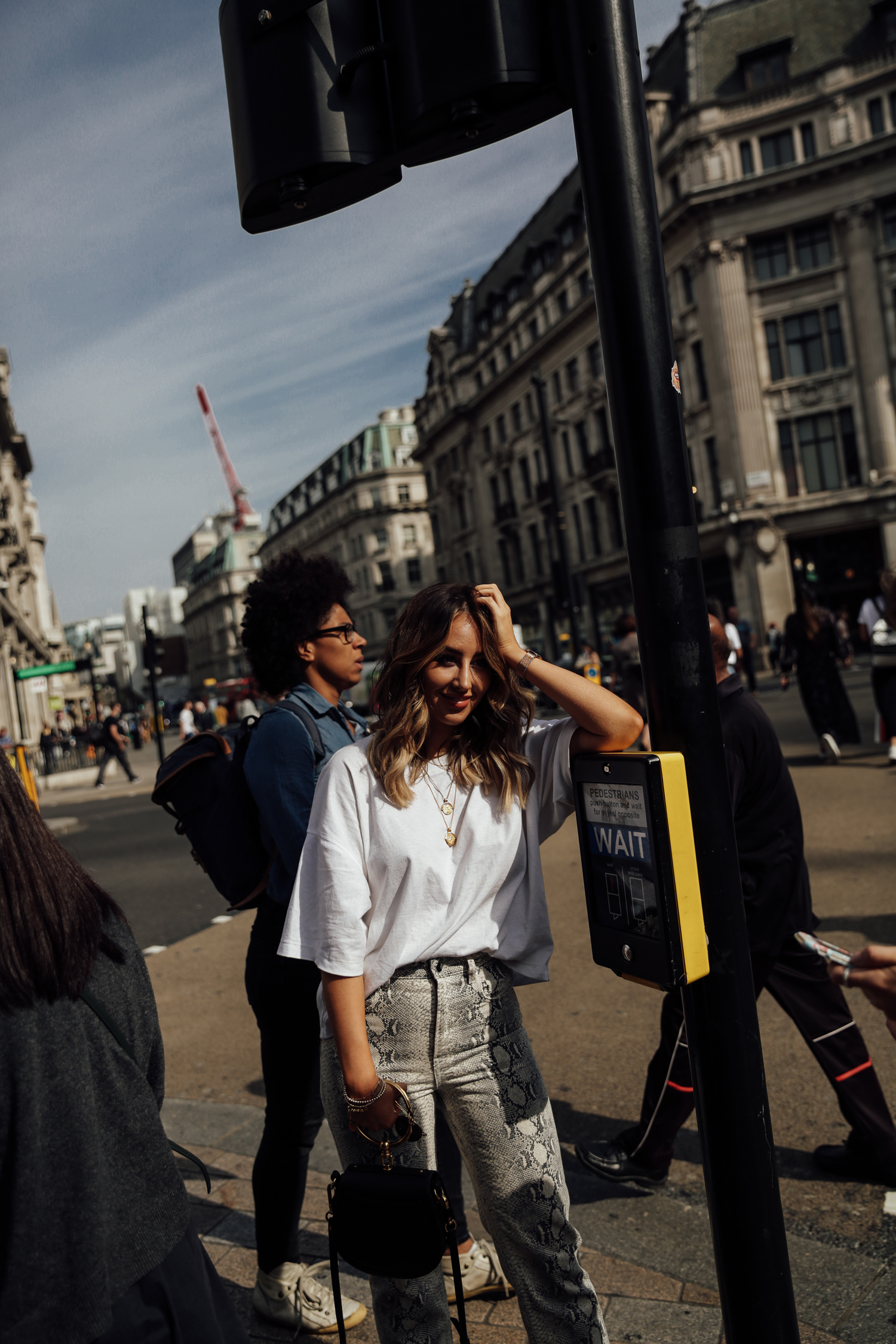 It’s one of the biggest facts of life that what we see on Instagram is just a highlights reel, and in many cases of extreme editing and art direction, what we see is actually beautifully filtered “lies” and falsehoods. Don’t get me wrong: I actually LOVE really constructed imagery (if it’s tasteful and well executed) and shots of a more editorial nature. I think it’s what fuses the fantasy and creation behind traditional magazines and modern social media.

But, I also understand why many people don’t like this : Instagram was meant to be a social media site for sharing candid shots with friends, holiday snaps and things taken in the moment. And influencers are seen as more “real” people than celebrities, so it comes down to an authenticity thing – people are starting to get a bit tired of it all because it can make you feel quite inadequate about your own life.

Whilst I’d argue that I keep it pretty real and honest on my Instagram, there’s a lot of stuff that doesn’t make the cut: for example, photos where I’m pulling hideous faces, images where I’m mid outfit change in the street, caught-in-the-moment shots of me being ridiculously clumsy: it’s the real, authentic, BTS stuff that goes on in between each perfectly shot and composed imagery. So, I started a separate Instagram account exactly for this – @reallifesophie

I cannot take full credit for this idea. My all time favourite Influencer Jade Tunchy (Aussie babe) has her own real life account @therealjadetunchy – and she is just hilarious. She’s funny and smart and witty and brilliant on both of her channels but I love the fact she can let herself go and have a laugh at herself, sharing the imperfections and ridiculous side that comes with this job.

Some people would argue why I don’t just post this on my normal account. And it’s because I just can’t. I can’t change the aesthetics and branding because it just doesn’t work. For every person who doesn’t want to follow the “glossy” life of an influencer, there’s a bunch of people who actually do. I had so many amazing messages and comments from people thanking me for starting the account because “it showed life isn’t perfect all of the time for you guys” and that it’s so real and honest. It seems people are desperate for some rawness and realness in this hyper-filtered world we’re living in. With Snapchat Dysmorphia on the rise and even Facetime allegedly getting face filters it seems like social media is getting a bit too much.

But whilst people say they crave reality and honesty – and I don’t doubt that they do – I do doubt how much they want to see, and how they want to see it. I always think back at when model Stina Sanders did a little experiment on her account where instead of posting beautiful selfies and model shots, she posted the REAL life things – colonic irrigations, hair removal cream on her upper lip, trips to her therapist about her anxiety – and she lost thousands of followers because people didn’t want to see it.

Social media is amazing – you can do with it what you want and ultimately, show the life you want others to see. But I do think as influencers, many people do see us as role models to a degree, and we have a responsibility to keep things relatively real and honest, especially with the rise of mental health issues arising that are linked to social media consumption. 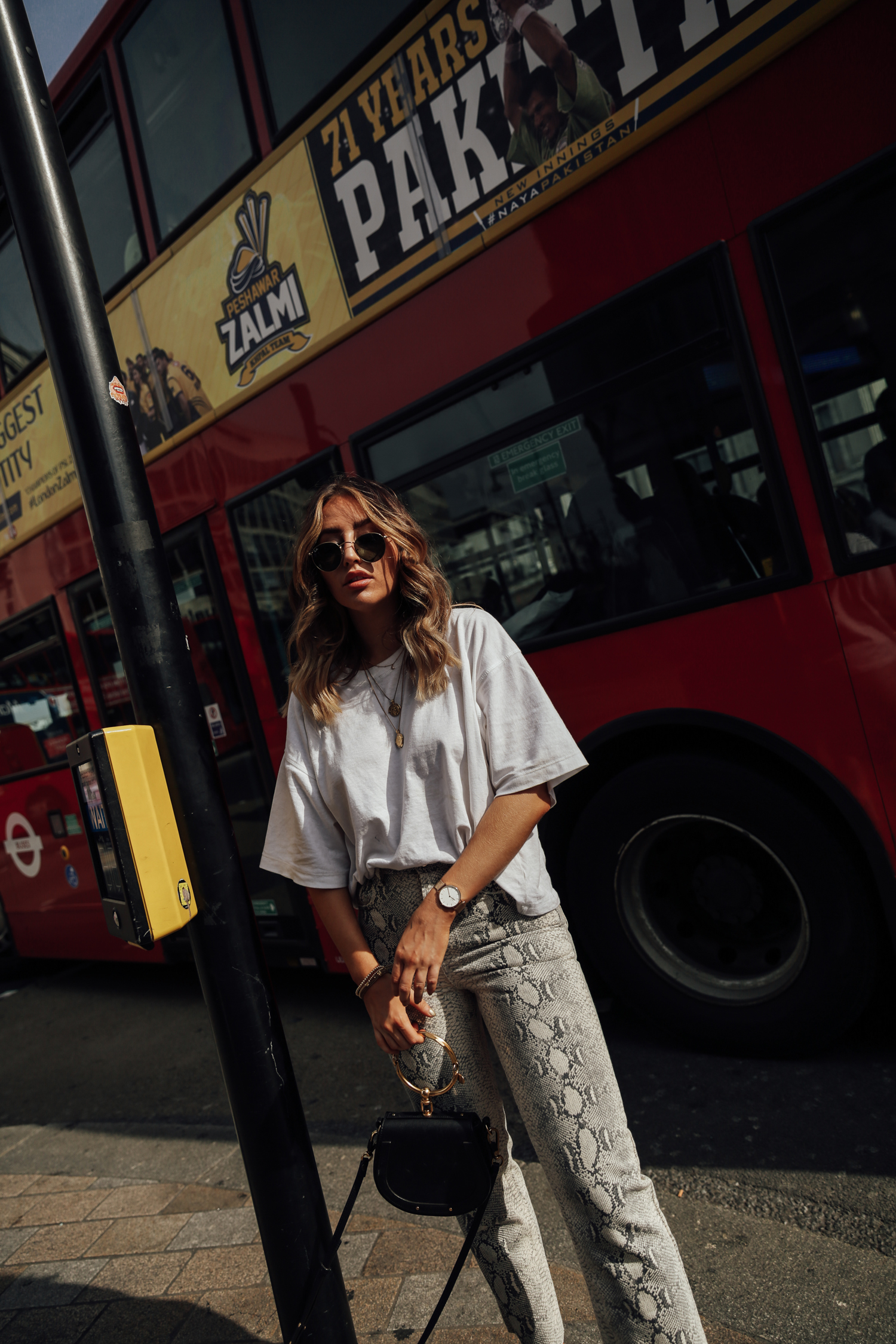 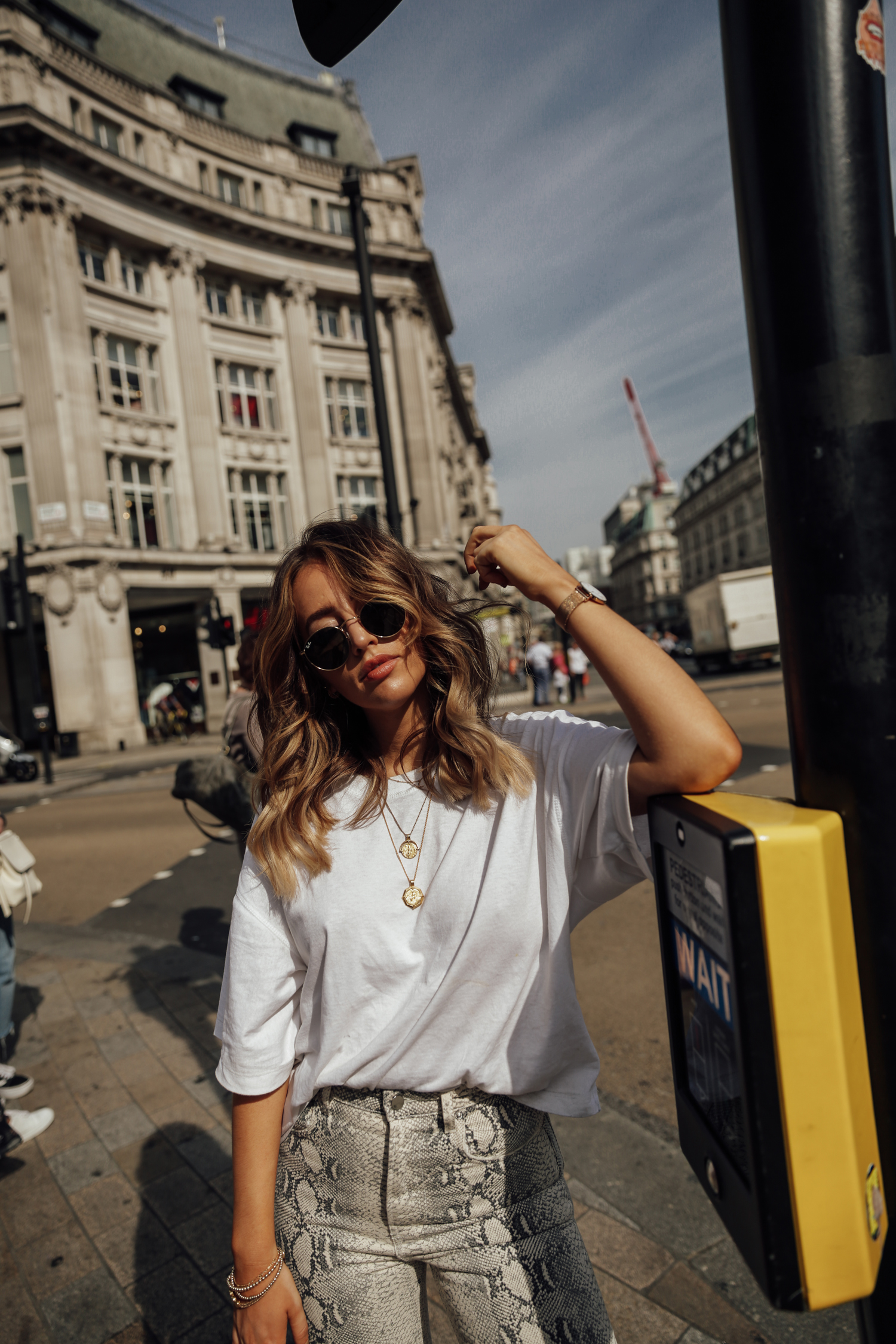 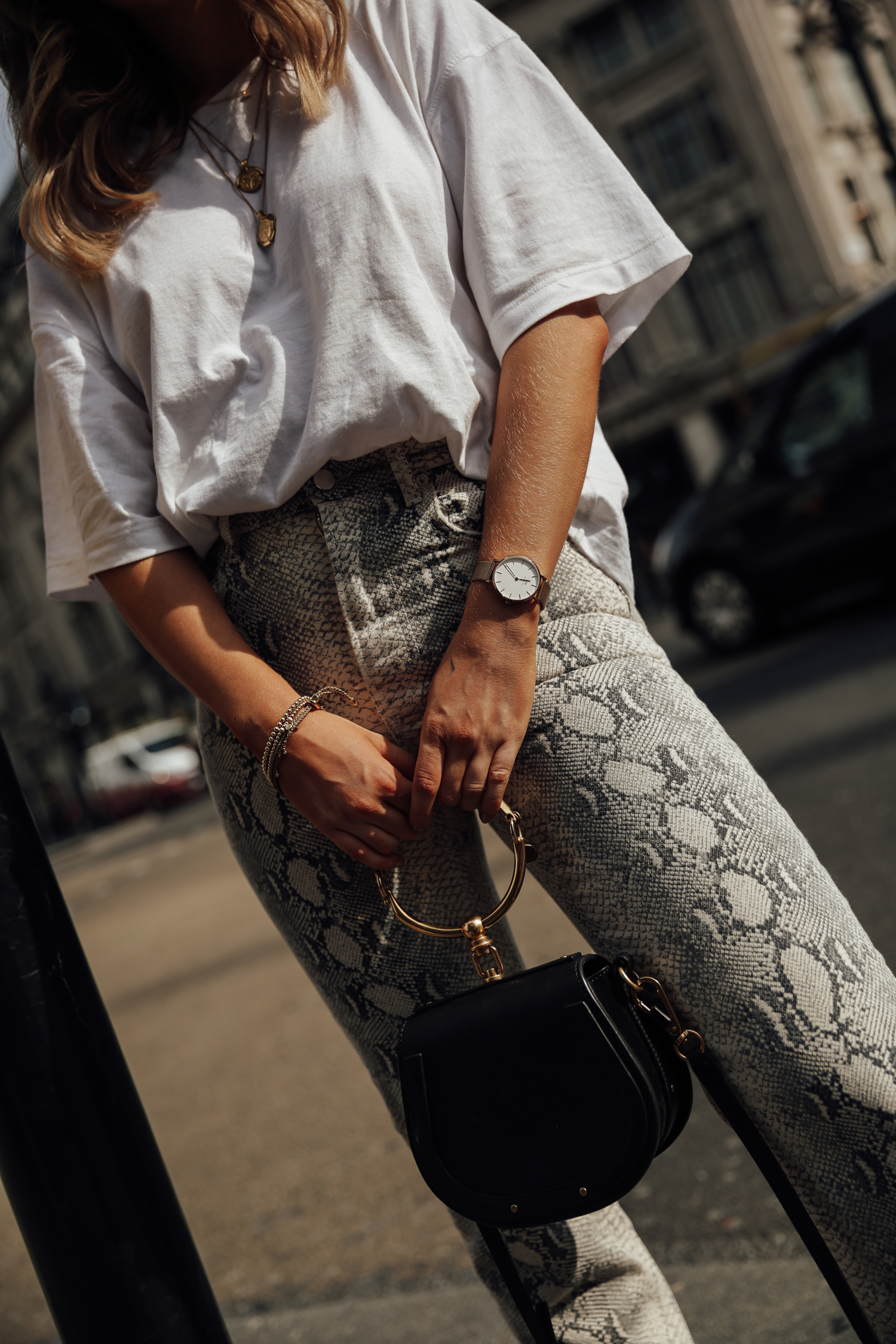 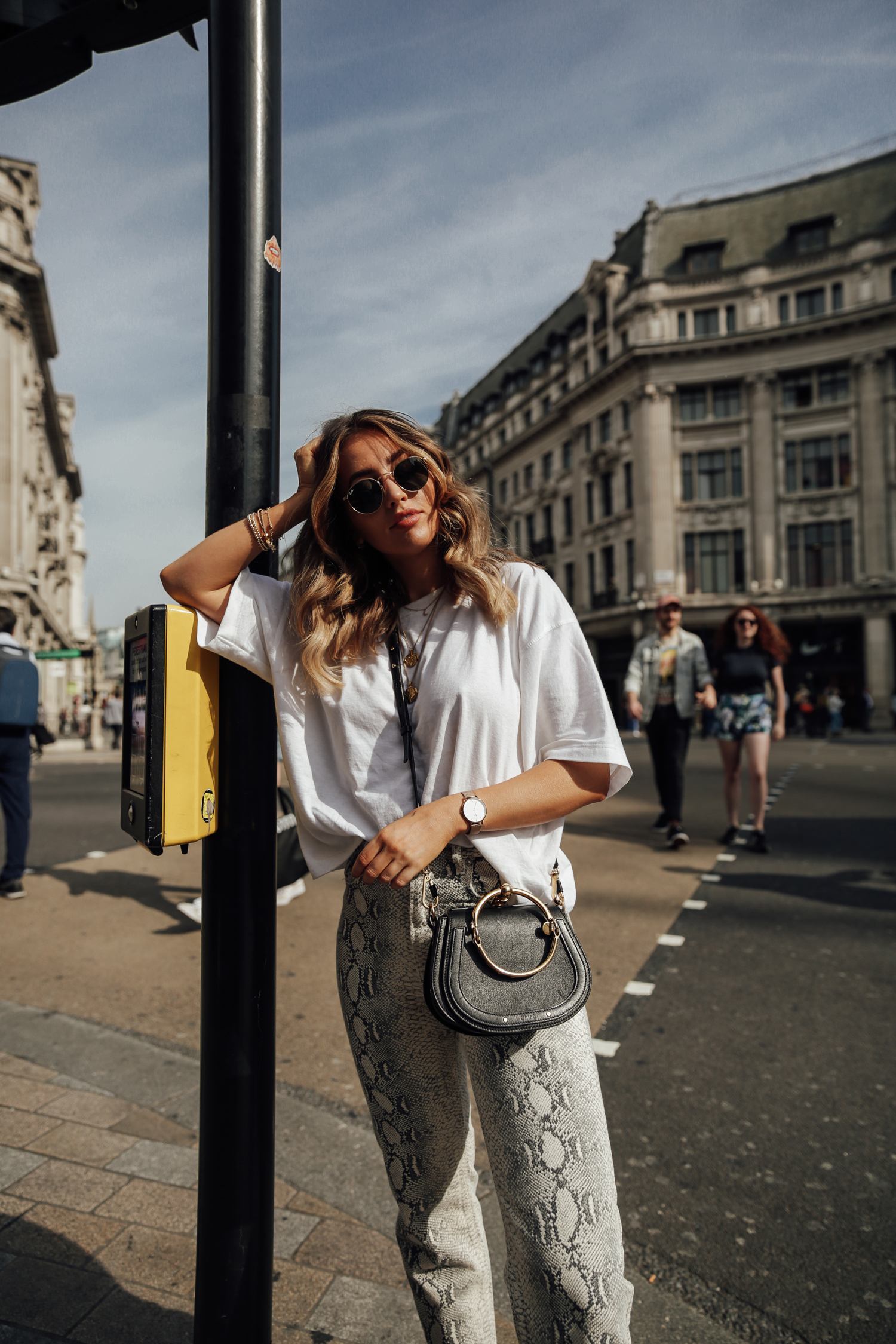 I had an interview for a scholarship when I was studying my masters in fashion journalism, and on the panel was a very big-time, very old-school editor of a very well-known magazine. My blog was relatively in its infancy then – 18 months of occasional outfit posts/ trend pieces/ life updates, and I was still finding my feet – but to cut a long story short, as soon as she found out I had a blog, the interview took a serious nosedive. I think she may have called me a “vacuous narcissist” (or at least said my blog was those two) and suggested it belittled my skill and worth. She asked what was the point? If I had gained anything from it “apart from perhaps some cheap free clothes???”

It hurt. It really really hurt. And it wasn’t because I wanted to blog full time or ever thought it would lead to anything. It hurt because I started my blog as a creative outlet to get a little fashion experience during my first degree (straight journalism – no fashion focus) and it was so small, so unprofessional and unslick that I was already wary of it being a bit of a laughing stock – and it just made me feel like it really was. I left the interview and burst into tears, smoked 3 cigarettes (even though I don’t smoke) and went home and cried some more. I almost quit my blog that night. My fingers hovered over the “delete blog” button – but I didn’t.

The next morning I woke up and had an email saying I’d been nominated for Cosmopolitan’s “best newcomer” blog award. For me it was the pick-me-up that I needed that some people believed in me. It was almost as if it was a sign. Oh, and a few days later I found out that I won the scholarship.

Fast-forward to this Fashion Week, and I’m working with one of LFW’s official sponsors – and they’ve got me front row tickets to the shows. Who comes in and sits down all but one person away from me? That exact editor who made me feel worthless and asked if my blog had ever got me anything. If that moment wasn’t proof enough of how far I’ve come, how much you should keep working your arse off even though people will shoot you down, and how much success I’d made off my own back, then I don’t really know what is. I rarely feel proud of myself or my achievements – I usually focus on why things aren’t good enough or how they could have been better – but in that moment I couldn’t have felt more proud to be sitting there having done so for my own business and by myself.

So basically, for anyone struggling with finding their feet or believing in themselves, not because you think you can’t do it, but because you’ve got other people doubting you, take that as ammunition and use it to fuel your ambition and determination. Prove. Them. Wrong.

Previous Post: « It’s Not A Compliment, Standing up for yourself, and Finding Strength After A Difficult Summer
Next Post: Going Sober for October and Dissecting my Relationship With Alcohol »


Error: API requests are being delayed for this account. New posts will not be retrieved.