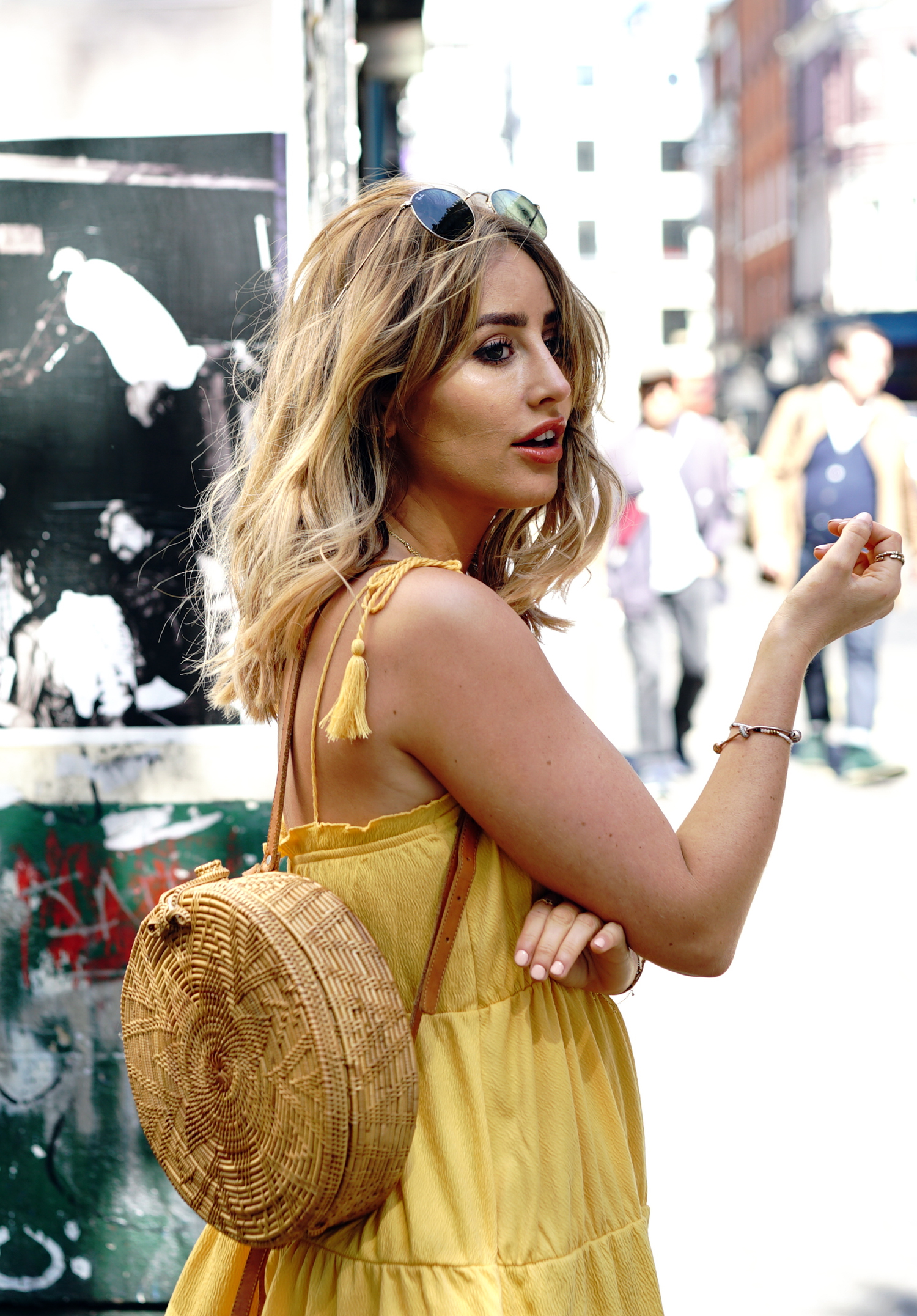 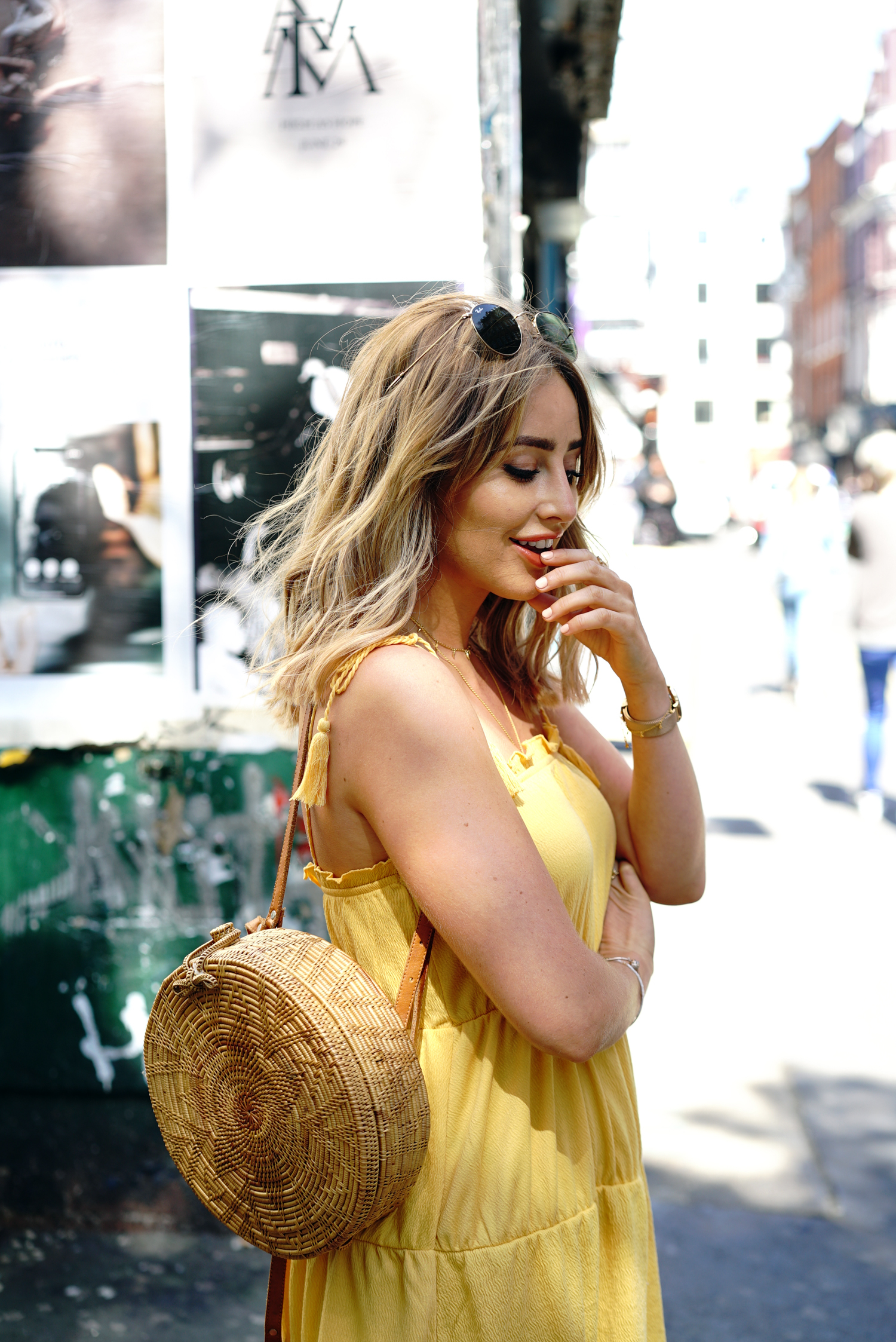 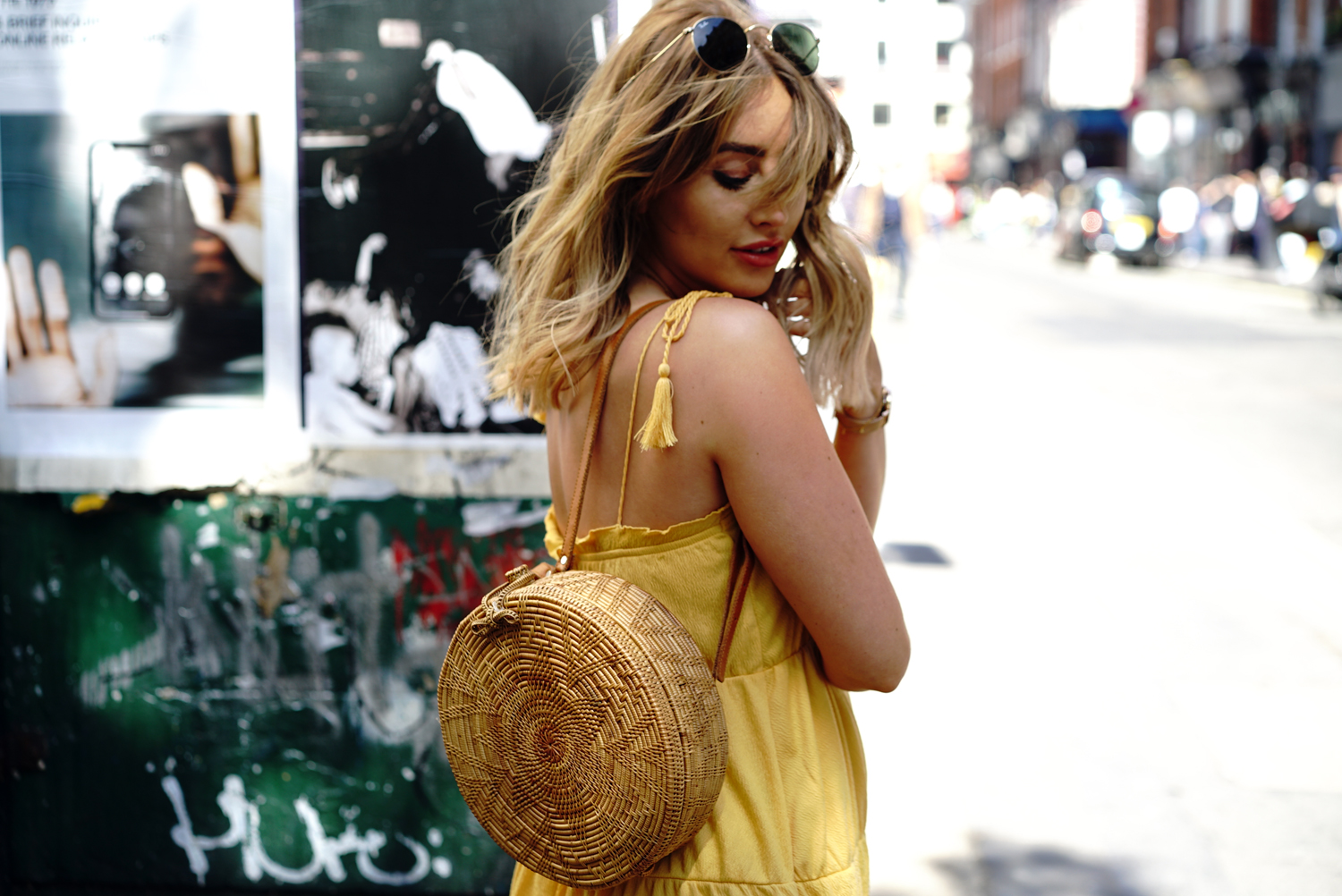 This post could easily have been titled: “and here’s another reason why Sex and the City gave me unrealistic expectations of what my glamorous city life would be like” because seriously: when I first got hooked on that series at the age of 15 and imagined my twenties would be spent in NYC, wearing designer shoes, going to cool bars and flirting with gorgeous men, then writing about it for a column, well, things are a little bit different to what I expected. So here I am, living in London (a downgrade from my NYC dreams, but one I’ll happily take) sometimes wearing designer shoes (my 3 fave pairs on repeat so often that the soles are about to come off) where I *sometimes* go to cool bars, and I sometimes write about men on the internet (rather than a column) – or better, I tweet about it and it goes viral and it makes the Daily Mail online. I guess you have to make compromises.

But in all seriousness, when I moved to this city to study an MA in Fashion Journalism, fresh out of university and semi-scorned from a breakup, I had this vision of me dating these rich af city banker or lawyer types in glamorous sushi restaurants and bars with serious skyline views. I thought that I’d catch eyes with 10/10s on the tube and they’d stop me to ask for my phone number. I imagined that men would come up to me in a bar and ask to buy me a drink whilst we talk with a connection that burns more than taking a pee with a UTI. And absolutely everyone would be single, confident, and loving it.

This month marks my fifth year in London and I can tell you the reality of being single all too easily.

I’ve dated zero bankers – and only one “lawyer” (my ex, who did “law stuff” but he wasn’t a city lawyer so he kind of counts but not really). The only sushi restaurant a guy took me to was an all you can eat buffet for £15pp – which I’d have admired him greatly for, if I didn’t get the worst diarrhoea ever afterwards. I still catch eyes with 10/10s all of the time – but instead of anyone making a move, you just stand there and eye-fuck each other awkwardly until one of you dies. Oops, I mean… has to change at Bank and get on the Central Line. THEN YOU NEVER MEET AGAIN. In fact, the only guys who ask for my number are pick-up artists preying on solo women all along the stretch of Oxford Street. The last man that tried to chirpse me in a bar, turns out was trying to chirpse me into coming to his free music festival for his local Church as a part of community service. He’d been in prison for GBH. And absolutely man that I’ve developed a crush on in the past 6 months has turned out to have a girlfriend – and this isn’t because I like the unavailable types, oh no, it’s because look around you at the weekend and it’s date night 24/7. The gym at 8am Saturday morning? Date night. Brunch at 12? Date night. Chilling in the park? Date night. Strip club at 10? Date night. 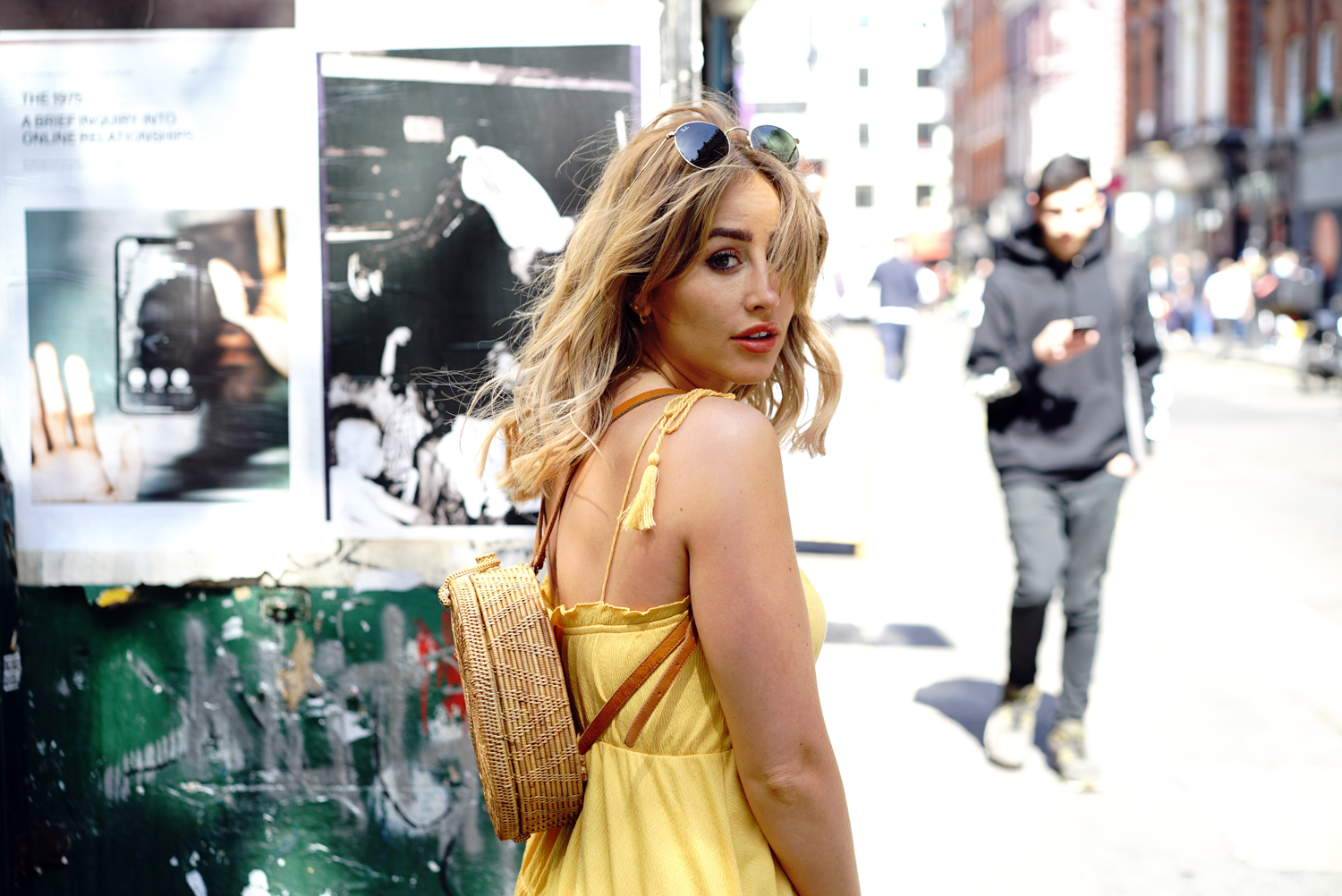 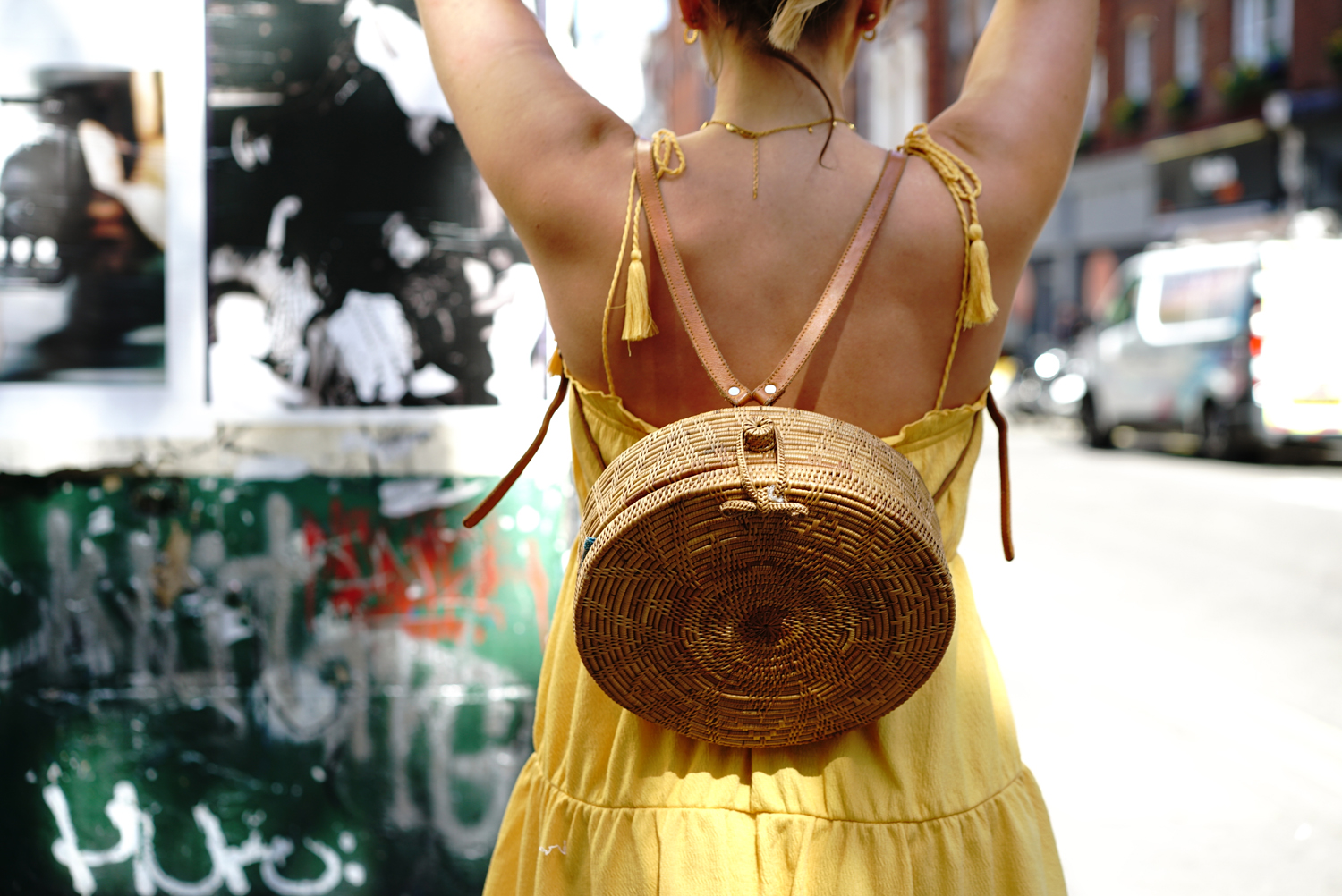 Truth be told, my first few months living here were relatively dry until I discovered the wonders of Tinder. Scrap the lame, desperate reputation that usual online-daters had, Tinder was for the new-gen of people who wanted to explore the city and get to know someone and hookup/ get a relationship/ get laid. And in its glory days it was GREAT. I was new to the city and didn’t know many people, and even if you do have a solid group of friends, organising to go and hang out several times a week can be pricy and difficult to schedule in – so dating gives the opportunity to explore it with someone new. What’s not to love?

Well, apart from dick pics, snapchat requests rather than phone number requests, and guys asking outright if I’m into anal bc they’re not interested if the answer is no, there wasn’t much not to love about Tinder. But those days are over. There may have been newer apps – Happn, Bumble, and Hinge to name a couple – but there’s something about dating apps that just fail to hit the mark these days. It’s a whole different post on its own right, but to summarise, there is literally zero connection with someone you swipe for. Everyone is way more disposable, the next best thing is just a couple of right swipes away, and people turn into commodities to be sold and marketed to via means of funny bio-lines and a well-curated selection of photos to best show off whatever you want them to believe about you. Plus, you don’t even know what that person is really like until you meet them IRL. Sure, Samuel may say he’s a 6ft 3 Irish bae with dark hair and blue eyes (my type on paper – if you’re reading) but then when you meet him in the flesh, something just might be off. A lot comes down to mannerisms. Or a sense of humour that fails to translate outside of whatsapp. And then you’re stuck spending an evening with someone when all you can think is ffs I can’t believe I wasted 10 minutes of my time this afternoon bleaching my upper lip hair for this. 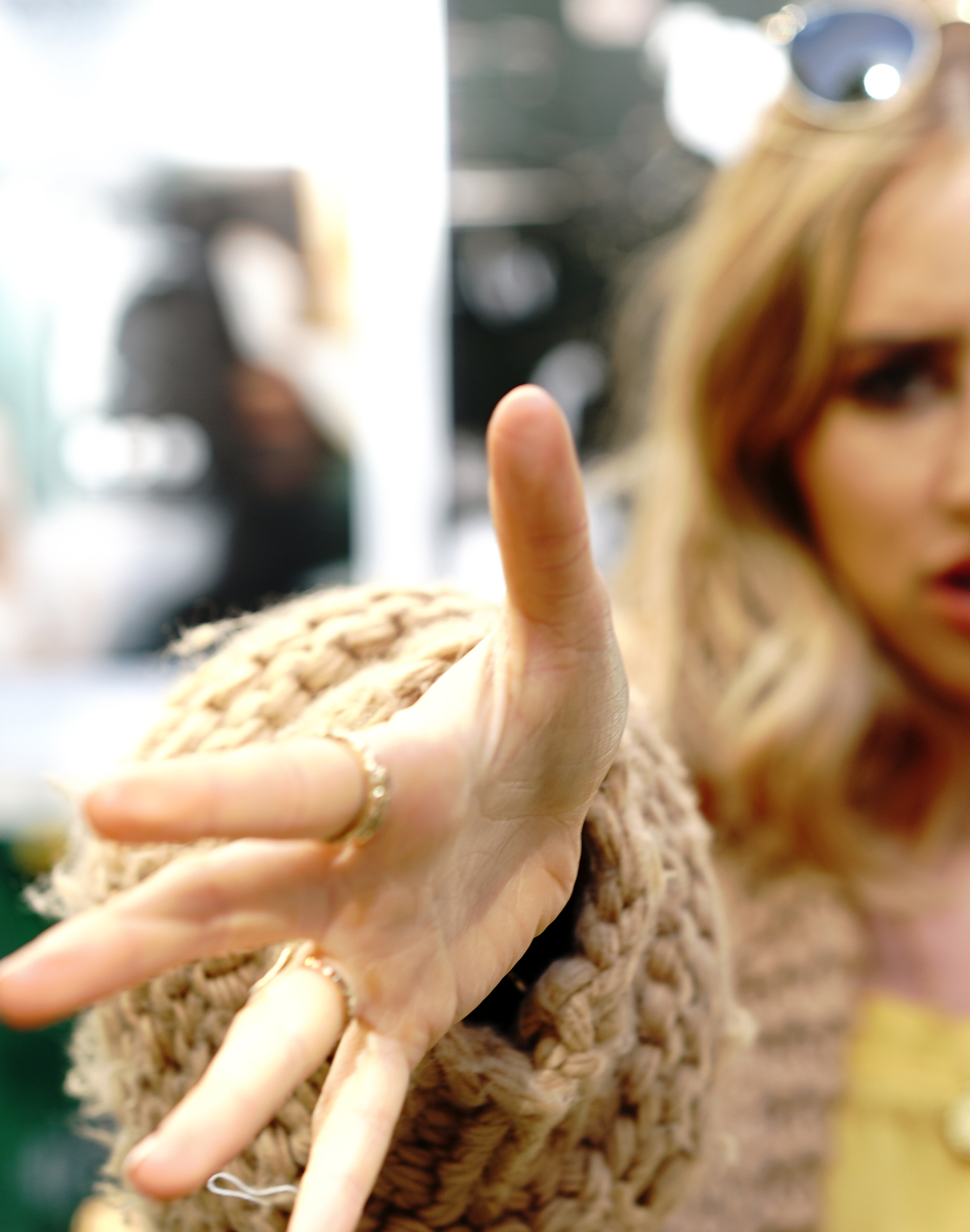 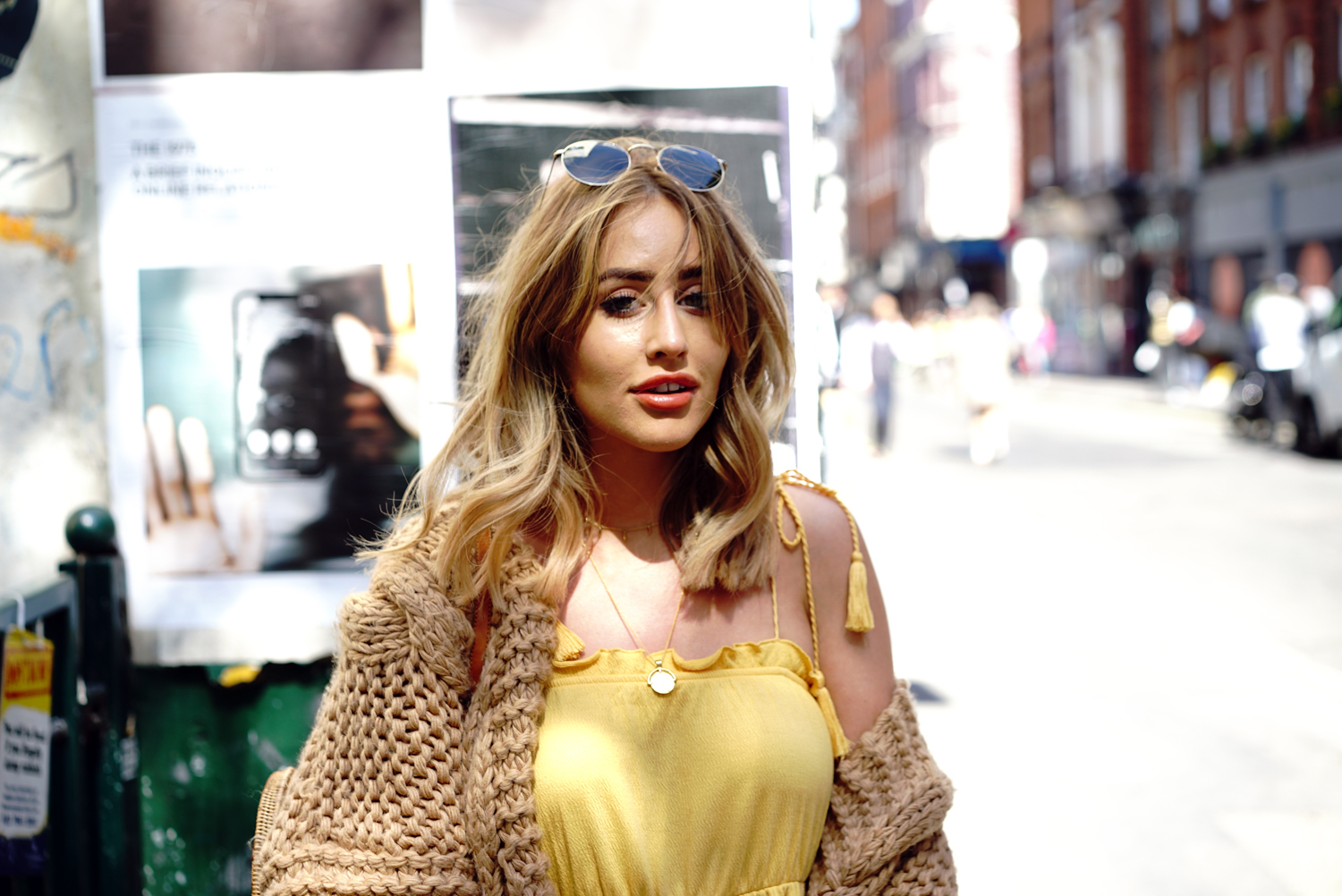 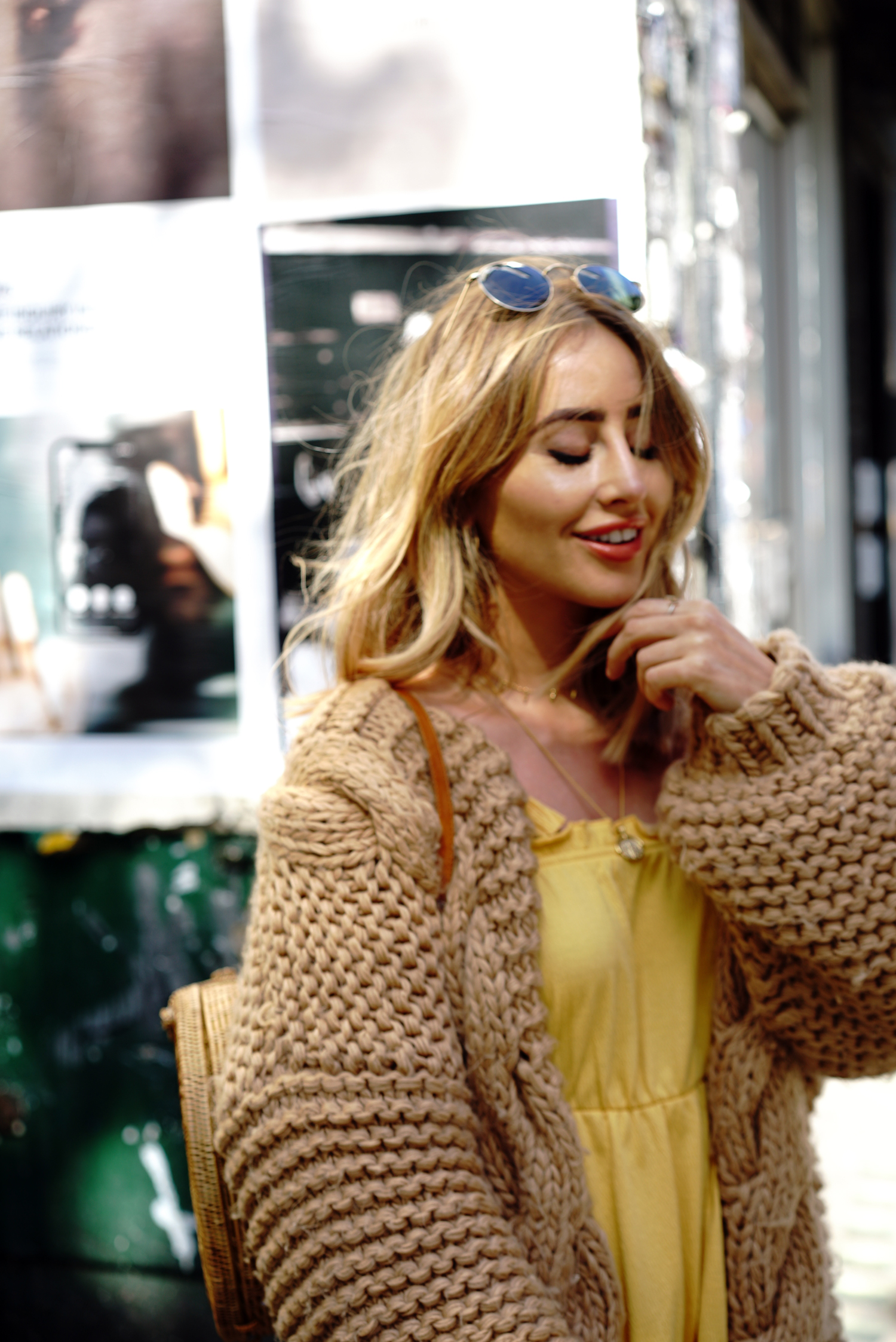 That brings me nicely to meeting real life men in actual real life rather via your smartphone when you’re sitting on the toilet. It’s so beneficial.  You know instantly if you’re vibing off their aura (sorry, that’s a very Eyal from Love Island statement to make but it’s true) so there is no wasted time or disappointment. My problem is … HOW DO YOU MEET PEOPLE ?! My friends are all in long term relationships and I think only one of them met on a dating app. The rest met at university, or through friends. I’m asked“can’t you meet someone at work?” and I’m there like “erm, well there may be potential with this little guy called Elvis Prickly but he might be a little sharp for me…”

I work from home. Alone. Elvis Prickly is my cactus. Would not recommend.

But outside the realms of work, or perhaps the gym, areas where twenty-and-thirty-somethings congregate feel more like a school disco in year 6 when the boys would sit in the corner with a bit of play-fighting maybe, whilst the girls dance along to Britney. LITERALLY NOTHING HAS CHANGED! I do think people used to be more upfront about meeting people and just come over and start talking. But I think technology, smartphones, social media and dating apps have had a knock-on effect in real life as we’re all to damn scared to go up and have a chat to a hottie at the bar. Instead, we go for a pee and frantically scroll on Happn to see if we’ve “crossed paths” with them, or worse, check the location tag on Instagram to see if they’ve uploaded a story from the venue so you can find them on Instagram (lol omg no of course I haven’t done this before….) I guess it’s easier to deal with rejection when you’re home alone in your cat onesie than in a bar full of boozed Londoners. Back to swiping on the toilet for me…

But I won’t let the fear of rejection stop me from reaching out in other ways. Sliding into guy’s DM’s after I’ve had a few drinks has become the new equivalent of drunk texting. Ballsy, and EASY. Want that fit guy to know you exist? That’s cool, just reply to his Instagram story. Slide. Right. On. In. Honey.

I can’t guarantee a success rate for this. I’m yet to see any results to compile… 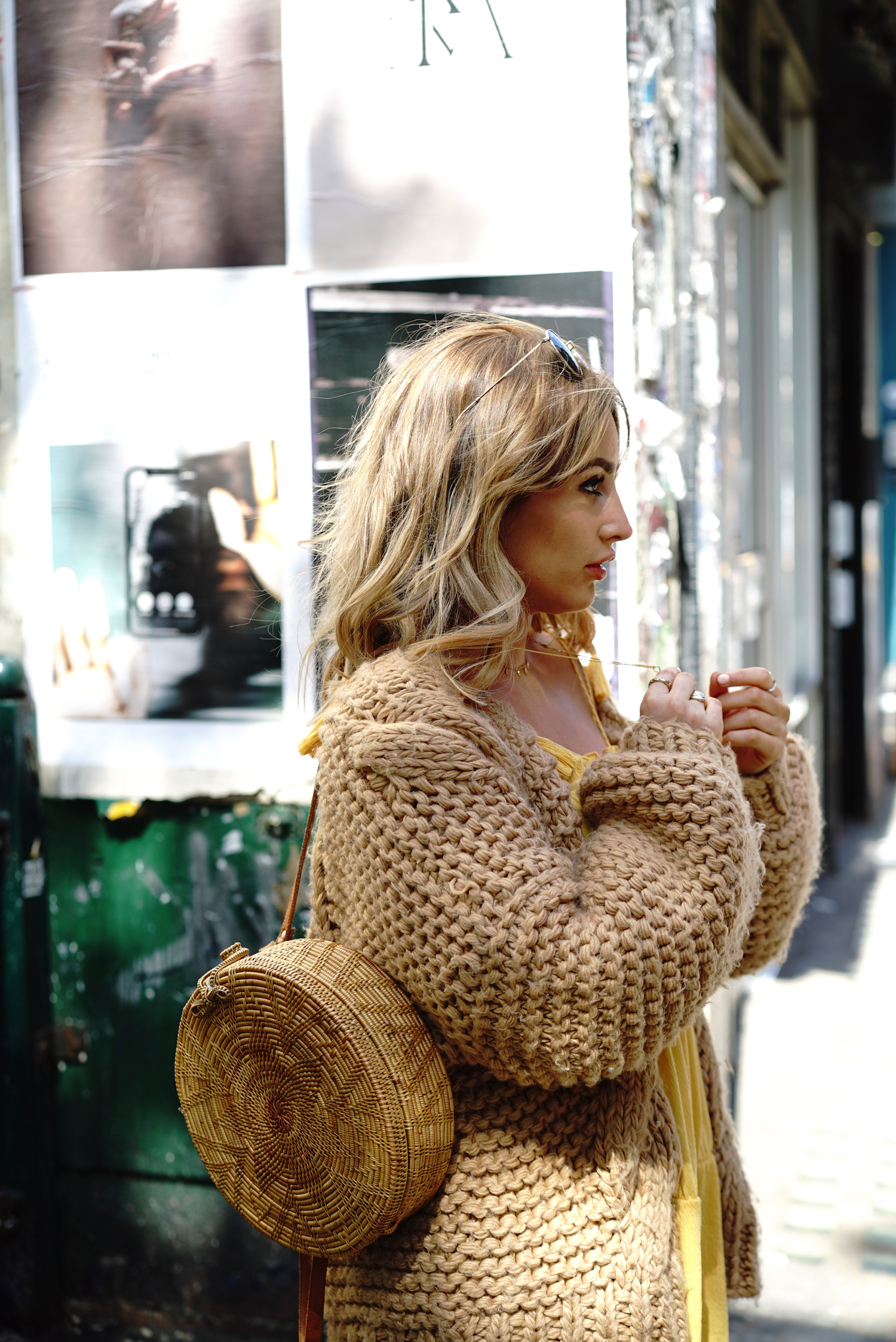 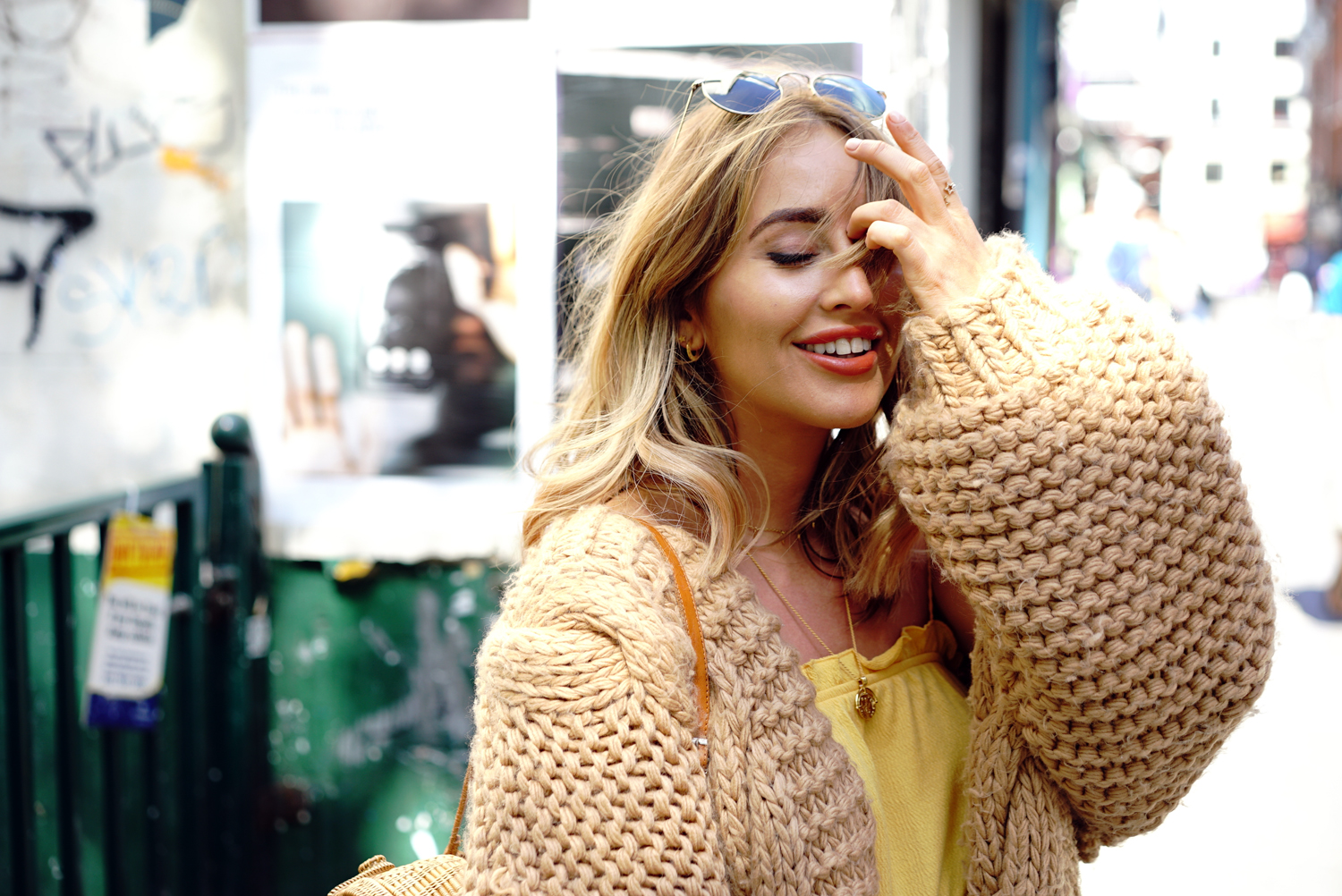 So, where does this leave me? It leaves me constantly adding more to my takeaway order to make sure I meet the £10 minimum spend to qualify for delivery because a meal for one usually doesn’t hit that amount. It leaves me receiving a stream of adorably well-meant, but totally off the mark dm’s to my single-gal memes saying “omg don’t worry you’ll find him some day!!!” – thank you, Susan, I know this, and I am not worried. But I have to clarify, so that you don’t leave thinking I’m desperate, that I don’t think I’m looking for love. Not right now, anyway. I don’t want to settle until I’m in my 30s. You know I said I get irrationally upset that I’ll never get to eat at every cool restaurant I see when walking around London? I kind of feel that way about men sometimes when I imagine being in a super long-term relationship right now for the rest of my life. If something comes along and changes how I feel then great – you never know what’s around the corner. But I’m cool with not looking for serious things. There’s a misconception that if “you’re looking” or dating, that it means you’re looking for love. Especially in women. It’s like why go looking for Mr. Right when the truth is you’d happily settle for Mr. Right Now?

I’ll get real with what I want – or not even want, but what would be nice because sometimes I get bored: attention from a hot guy who makes me laugh and wants to go explore London a little more. And someone who can top my Deliveroo order up to £10 so I’m no longer paying the single-person surcharge on deliveries under a tenner. Until then? I guess I’ll just keep staring like a creep at men on the tube, strategically liking Instagram pics until they notice me, or sliding into their DM’s after one too many espresso martinis.

Outfit: Cardigan by Verge Girl, dress by Topshop – both a bit old now – and Bag from a Bali market stall.

Previous Post: « Here’s What I Realised About Success During My “Week Off” Work
Next Post: A Week of New Adventures »


Error: API requests are being delayed for this account. New posts will not be retrieved.